soul of my shoes 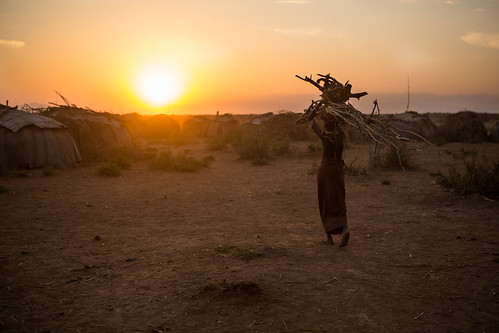 The tagline alone is enough to draw you in: “You pass through places and places pass through you, but you carry ’em with you on the souls of your travellin’ shoes.”_Molly Layde

“It was as if God had decided to put to the test every capacity for surprise… to such an extreme that no-one knew for certain where the limits of reality lay. It was an intricate stew of truths and mirages that convulsed the ghost of José Arcadio Buendía with impatience and made him wander all through the house even in broad daylight.”
— Gabriel García Márquez (after the arrival of the railroad, when dozens of new inventions — the phonograph, the telephone, the electric lightbulb — flooded Macondo), One Hundred Years of Solitude

Genius Loci:To conjure the soul of the place

“The places we have known do not belong solely to the world of space in which we situate them for our greater convenience. They were only a thin slice among contiguous impressions which formed our life at that time; the memory of a certain image is but regret for a certain moment; and houses, roads, avenues are as fleeting, alas, as the years.”

No question the author is enthralled with the brilliant sun-drenched landscape of Algeria, a sharp “depaysément” from the “gris” of his native Normandy. He can wax lyrical with descriptive passages such as: “wild pomegranate intolerably acrid with aromatic astringencies”; and, “syrupy figs, and grapes both violet and golden, so sweet I could eat only four, the rest I gave to children.” My favorite is “an avalanche of sun.” Now, why had I never thought of that before? But the book is an eclectic mix of highly impressionist wanderings, seemingly random and with no purpose. Perhaps, unsurprisingly, he complains of the other tourists, citing examples of his interactions with the natives that are far more authentic.

Oh! how lovely the caravans were those evenings in Touggourt, when the sun was sinking into the salt.(André Gide)

The streets , on market weekend day’s, hot in colors, and scent, crowded with people gathered  there, happily dressed in their shimmering garments, in burnous, Gellabas, and Hayeks, amassed here, and there,  for their errands, trade, and mostly for leisure and finding an excuse occasion for exchanging news and meeting each others; motley colors , and places saturated with  the aromas of  spices, of lavender, saffron, Curcuma, and paprika packed in small bag, small amounts of fruits and fresh vegetables, cropped from their backyards, exposed right on ground, that mingle, with that faintly scent of musky dust sustended in the air that catch your nostrils. That  was the clime of the Sook; the Zorna- windpipe player, Qarkaboo- castanets and the drum players, a variegated party  that’s, were the main attraction of the day. The floating   perfumes, of oranges, mint, and lime, melt in the air, make your ears whistles, and eyes  drunken,  the burnouses and the creasing white silk veils, red tarbush dancing,  your eyes burning,  with  that unfathomable sun, that seems just hanging over your head as if it was your conscience, and making you stepping on your proper shadow at your feet  in a hurry for a place under the arcades_ in the Sahara desert, you must be two people to have a shade, You see people they scurrying hither  and thither to escape the sun, and with  that a maniac sky, true blue, that sometimes turned to white, made you linger for the  infinitesimal freshness around, and under the arcades, sipping  teas mint, and watching never-ending dominos-play parties. Mirage,  mirror of images of the past that stick to your mind, whether it was in the small oasis of Touggourt, or under the arcades of the Casbah of Algiers, or Tanger.

Here, those were the days where happiness was not for sale, but for free to indulge, moments of life with friends, fleeting moments  we wish if only lasted forever, alas. Algiers, Algeria,  the port is at the foothills of the Mount Bouzareah , and the Kasbah the old city -castle crawls in its spree of step stones, and houses piled on top of each other’s, goes in a quest to reach  the top-hills.

people live behind the doors, and outside making their living, turning their back to the sea, as though in a grieve of lost horizons  perhaps in remembrances for the glorious past where their ancestors they were once upon a time the masters of the  Mediterranean Sea, like the Romans, and the Greeks.

Words and Pictures from the Middle East